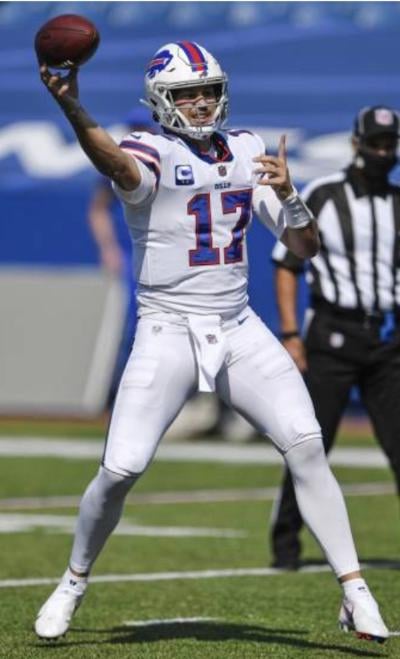 We are going with the Bills over the Colts.

The Colts are a dome-based team and play better at home. This past year they finished up at 11- 5. Their record at home is 6 – 2, losing only to Baltimore and Tennessee. On the road they finished up 5 – 3, with the losses being against Jacksonville, Cleveland and Pittsburgh. Coincidentally (or not), these are all outdoor stadium-playing teams.

We looked further back to 2018 and saw they were 4 – 4 on the road and all four losses were outdoor stadiums.

Just for fun, we looked back one more year and found that in 2017, the Colts were 1 – 7 on the road. All the losses were in outdoor stadiums.

Returning to the 2020 team, we looked back to November 29th to see how they finished out the year in Week 12. They lost to the Titans at home and then won the next three games against the Texans, Raiders and, once again, the Texans. Week 16 was another loss on the road against the Steelers before finishing up with the Jags. They lost to the good teams and beat the bad ones to finish out 2020. Philip Rivers has spent his career in San Diego and Indianapolis. He is now in 30 degree Buffalo playing the hottest in the NFL.

The Bills are at home and, for the first time all season, they will have fans in the stands to cheer them on. Buffalo is the hot team. Over the last three games, they have scored 48, 38, and 56 points, respectively. We will stay with the hot team to cover. Buffalo hits hard and fast, not to mention they move the ball at lightning speed. The line is 6 ½ and will look to buy it down to 6. The play is Buffalo win and cover the line.

In every wild card weekend, there is always one team that does not deserve to be here. This year, it’s the Washington Football Team. They finished with a 7 – 9 record and were 3 – 5 at home. Alex Smith is not 100%. The team averages 21 points per game. By comparison, the Buccaneers average 31 points a game. Brady is healthy and the team has finally come together to make a run for the Super Bowl. We Believe Tampa Bay will win and move on. The Buccaneers are favored by 8 and we are going to buy 1 ½ points to be at – 6 ½. We expect the line to move on this one.