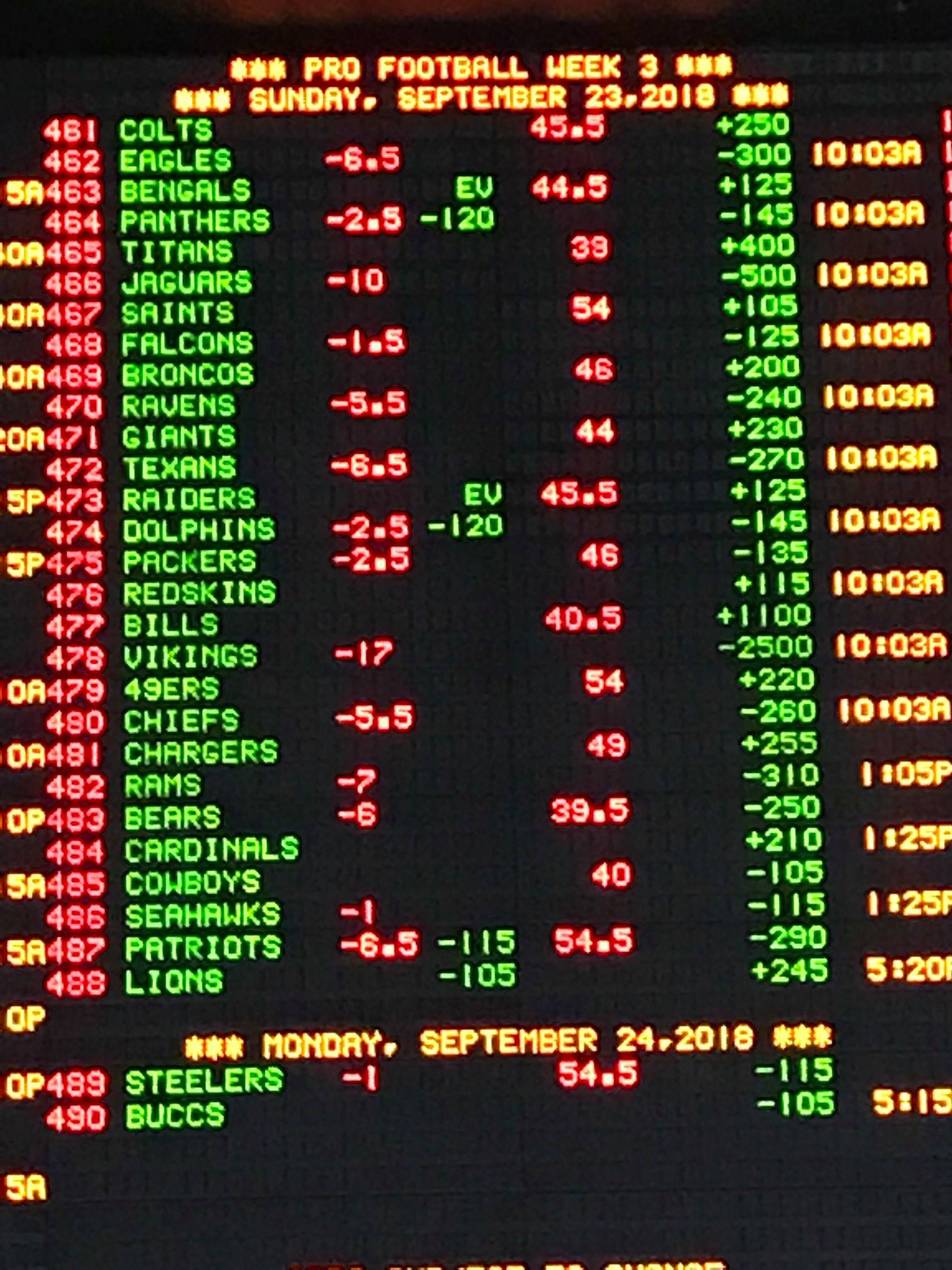 Let’s start off by saying Minnesota and Green Bay both lost. It seems neither can play an overtime game on a short week and follow up with a win. The Vikings just didn’t show up and were certainly looking past the bills to their upcoming game against the Rams. They had their top 2 running backs out and were still the better team. If they were playing against each other for the next 7 weeks, we would still pick them at home in Minnesota 7 times. The bottom line was mentally, they were just not there.

The Rams took care of business as usual and won, covered the line and even hit the over. A solid win and a solid choice.

The Patriots lost and by now you have heard every reason why on the radio, social media and on the television. Three injured starters on defense out. No Edelman, poor this and poor that. We blame no one. We wasted a week of preparation due to the increase of clients and sheer capitalism on our part. We never bet week 3 as you can see on our September 24th post of 2017

We are NOT making a wager as this week is full of upsets and surprises. We expect 5 to 8 surprise games today. Week 3 is all about defining a team and where they’re going.

Food for thought. Week 3 in the NFL is always difficult. Feel free to scroll down to week 3 in 2017 and read the rest of the post and the following one to show the results of sometimes taking a step back.

Ok week 4 is 6 days away and were back to work.

Our documented VIP program is 4 for 4. We’re back on Wednesday.