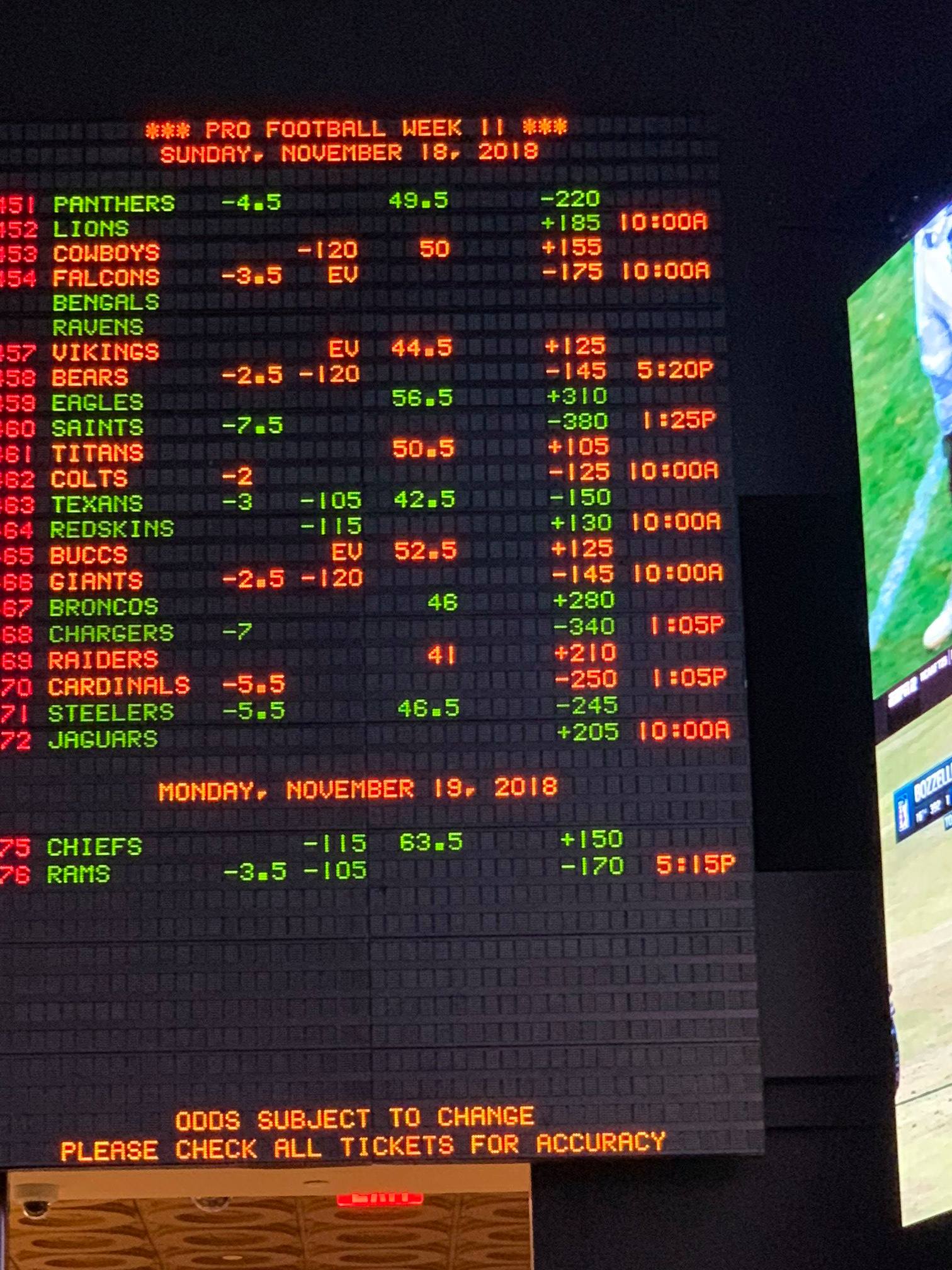 There are some great games this week. The Chiefs are playing the Rams, the Vikings are in Chicago and the Eagles will battle it out against the Saints in New Orleans.

Our objective always is to identify 2 teams and determine whether or not they really match up. The game in question is the 1 – 8 Raiders against the 2 – 7 Cardinals.

Normally I would pass on 2 terrible teams, riding out the schedule and playing for the future. This particular game has lots twists and turns going on, and we feel this game could warrant a strong play.

Let’s take a quick look at these Arizona Cardinals and why they deserve our attention.

Week 1: A Loss at home against Washington, 24 – 6. Big Sam Bradford was starting QB for Arizona.

fired there OC Mike McCoy and gave the job to their QB coach Byron Leftwich.

Week 10: Coming off a bye and a chance to work more closely with his OC, the Cardinals were in KC and the Chiefs beat them 26 – 14.

What a schedule! We count 7 teams with a good to great defense beat them up. One bye week and 2 wins against the 49ers does count. Sam Bradford at QB the first 3 games and their rookie QB Josh Rosen in there against Seattle at home, the 49ers on the road, as well as the Vikings on the road and Denver back home. What a year!

We pay attention to these 4 games, because the team was floundering and just lost at home 45 – 10 to Denver and the OC got fired. Rather than bring someone new in they decided to stay in house and promote their QB coach, who knows J. Rosen and pulled out a win at home in Week 8 as mentioned above.

After a bye week and a trip to KC last week, we saw a new Cardinal team play. They were competitive and gave the Chiefs a good game. Josh did throw 2 ints but they are clearly on a quiet path to becoming a real team. D. Johnson ran for 98 yards and caught balls for 85. With him back in the game plan and Larry Fitzgerald playing well, they match up very well this week against Oakland.

The Oakland Raiders traded away their defense player of the year (and their best wide receiver) to Dallas and a player or more were caught last week after the game saying on the mike, “I need to get the F #%& out of here as soon as possible after the game”. This tells me the players know they’re not coming back, not getting a new contract, and, right now, no stadium to play in.

They are also 1 – 8 and have lost to the Dolphins, Indy and the 49ers 34 – 5 to mention a few of there games. The game opened up at 3 and is now 5 to 5 ½ . The Oakland D has given up 272 points compared to 225 that Arizona has given up. The Cardinals are ready to win, Just a question of them covering, a money line or a teaser. There a good choice.

Late news on our 2nd game is that Joey Bosa will play tomorrow for the Chargers and we can’t wait. In addition their TE Antonio Gates will be in there, too. The line is 7 to 7 ½ and we are going with the Chargers to win it. We can write pages on this game but prefer to simple say, the Chargers are hot and there healthy. Denver is on the road and we know what that means. They should cover but the money line and a teaser certainly deserves a play.

Our last game in New Orleans may be the best game of all. The Saints are home in the dome, and they win. The Eagles have no running game. Carson will have to throw the ball to beat them. In this game, we might be seeing the reigning Super Bowl champs play the future Super Bowl winner. The Eagles are 4 – 5 and in 3rd place in the NFC east. The Saints are 7 point favorites and might win by more!