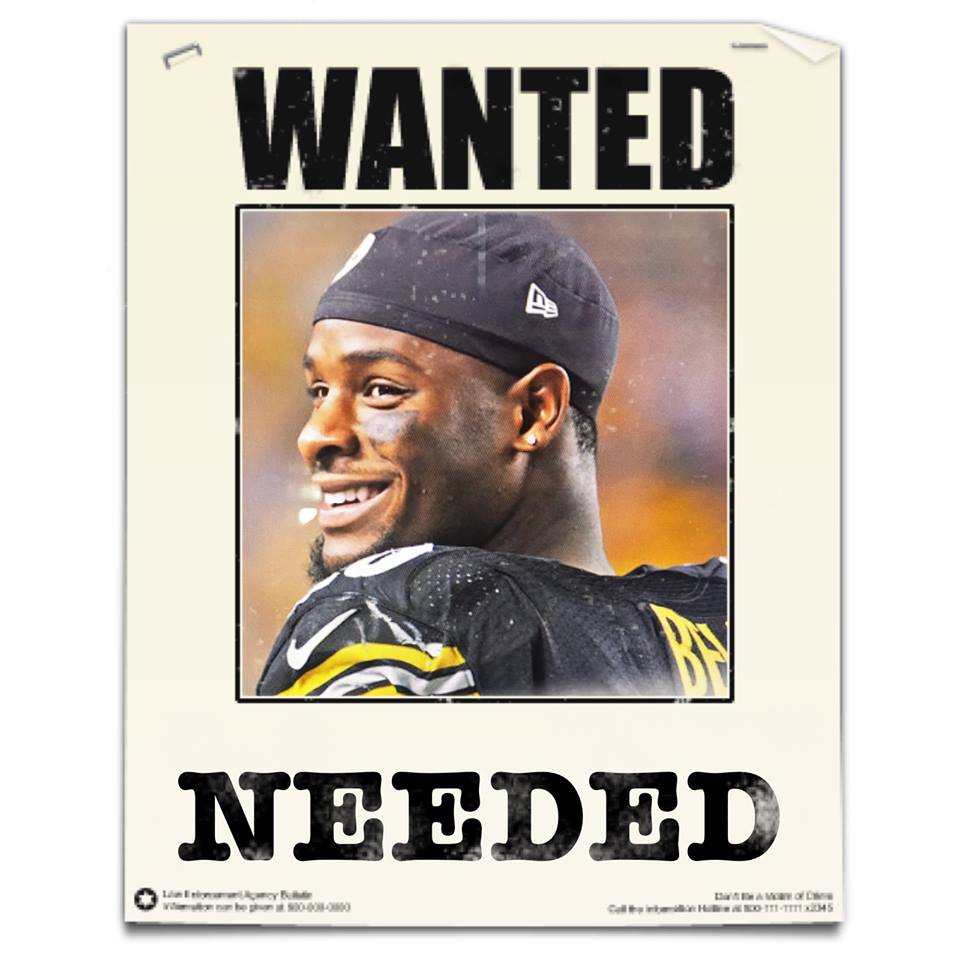 It’s mid-July and, once again, we are all wrapped up in Le’Veon Bell. Two years ago, he was suspended for the first 3 games. Then last year he decided to stay out of camp and ask for more money. I, too, wish I could stay home and ask anyone for more money.

The truth for this year is very simple: the Steelers will win their games, get to the Playoffs, and go far. They have lots of offense and a so-so to okay defense (which we saw against a few teams, most notably with the Jags). Big Ben is Big Ben: last year, after his 5 interception game, we watched him talk about retirement. Now, with a bit of competition in camp, he is suddenly 25 years old again and going nowhere for another 2 or 3 years.

Getting back to the team’s star running back, we decided to play with a few numbers and, low and behold, if you combine 2016 and 2017 you see that Bell ran the ball 582 times for a total of 2,556 yards running. This is amazing, considering that he missed the first 3 games of 2016 as well as NO preseason prep for 2017.

We saw a rusty super star in week 1 without him having been at camp running for 32 yards. In his second game, Bell ran for 87 yards (on 27 carries) and then he had an abysmal third game for which he ran for 61 yards. He is simply an athlete who needs to be in camp to get ready for the regular season. Those numbers would have been much higher if he’d gone to camp and, perhaps, the Steelers could have won that 3rd game in Chicago.

We have all watched a full football game and would say that, from the moment Bell touches the ball to the moment he gets tackled, it’s 5 seconds tops. We decided to take those 582 times he ran with the ball and then multiply it by 5 seconds, equaling to 2,910 seconds. That translates into 48.5 minutes of actual running to gain yardage and get tackled. Yes, he did catch passes and we’ll give give him another 12 minutes of respect. It’s hard to justify sitting at home when your team needs you and you expect to leave the Steelers next year because he simply cannot live on $14.5m a year. For fun, take that $14.5m and divide it by 60 minutes. Shameful!!! But I digress…

Returning to last year and the first game of 2017, the Steelers beat the Browns 21 – 18 in Cleveland and Bell was a non factor. This year, they open in Cleveland once again. If Bell sits out the pre-season, we can all take a real look at this game and see who improved the most. Right now, Pittsburgh is a 7 point favorite!

Food for thought. However, we’re keeping our first game under wraps for now.