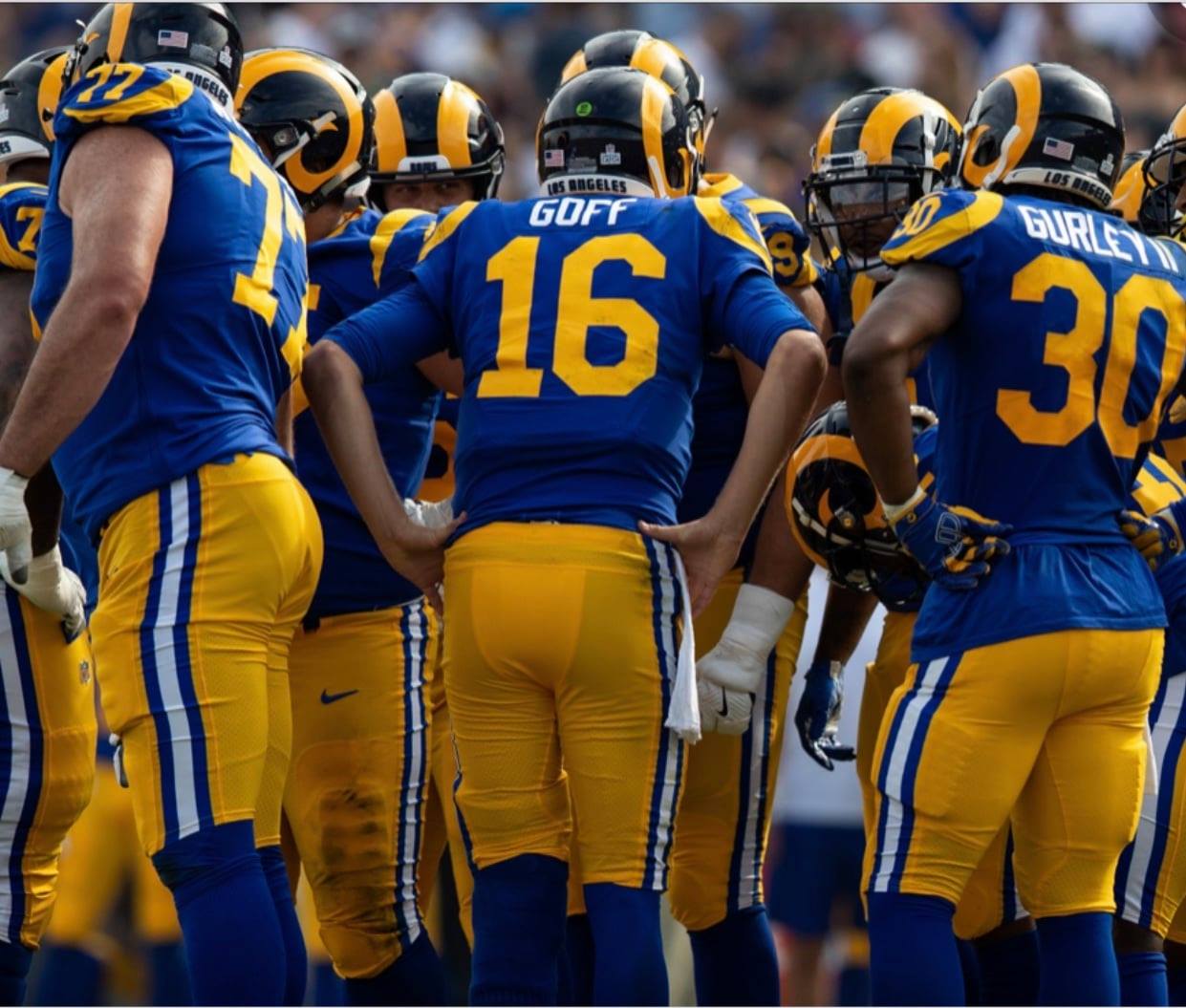 Tomorrow afternoon, there will be 11 games playing before we get to Sunday night. Seven of those games have the line at 3 to 3 ½ points. The other four games are much larger lines.

Those other four games are the good ones.

The Giants vs the Rams in LA: The Rams are favored by 13 ½ points over the Giants. We like this game, but are not thrilled with the line. The main thing to know here is the HC of the Rams, Sean McVay, knows how to run up a score. The last time they played was in New York on November 5th 2017. We wrote about this match up that day (Please feel free to scroll back here to November 5th 2017 and read our write up on this game). We jumped all over this one and the Rams beat them in New York 51 – 17.

This week, the Rams come off a hard game in Buffalo and will use this week to rebuild their confidence. McVay is that kind of Coach. The Giants are 0 – 3 with no running game and Daniel Jones at QB. This is year 2 for Jones and in 3 games has thrown 4 Interceptions and fumbled twice. He is ranked 31st in the league and the Giants are averaging 12.7 points a game.

The Rams are averaging about 29 points a game and just warming up. They have a couple of good runners coming out of the back field and should open it up for their receivers to have a field day with the Giants defense. Their team captain Jabrill Peppers, who plays strong safety and punt returner, is out for the Giants. New York’s other safety, Julian Love, is hurt and questionable with ankle and knee issues. On defense for the Rams, the team leader Aaron Donald should have a huge game. Daniel Jones has been sacked 9 times already. We like the Rams to cover easily. They just have too many weapons.

The Ravens vs the Washington team: Baltimore is at Washington and the line is 14. Washington has 2 of their front 4 out and Dwayne Haskins at QB. Haskins has been terrible of late and the HC is running out of patience. We feel Washington does have a decent defense and this game will not be a blow out. Baltimore is much the better team. I refuse to lay 14 points on the road in week 4.

The Chargers vs the Buccaneers: Tampa Bay is home against the Chargers. Their star WR Chris Godwin is out as well as running back Leonard Fournette with an ankle injury. With these 2 players out, Brady will still find a way to win. We think the game could be a close one. Tampa Bay are favored to win by 7. We like Tampa Bay on the Money Line.

The Seahawks vs the Dolphins: Seattle is playing in Miami and they are red hot. The Line is 5 ½ and there will be fans in the stadium. The Seahawks should win by 10 or more. Why is the line only 5 ½? What do the boys in Vegas know? It’ll be humid and muggy in Miami tomorrow. We will pass on this game.

We like these 4 games, but are interested in betting on 2 of them. The biggest differential in talent goes to the Rams vs the Giants. We’re going to buy a point and half and drop the line to 12 and take a big position on this game.

With Tampa, we’re going with the Money line as TB12 is just warming up.