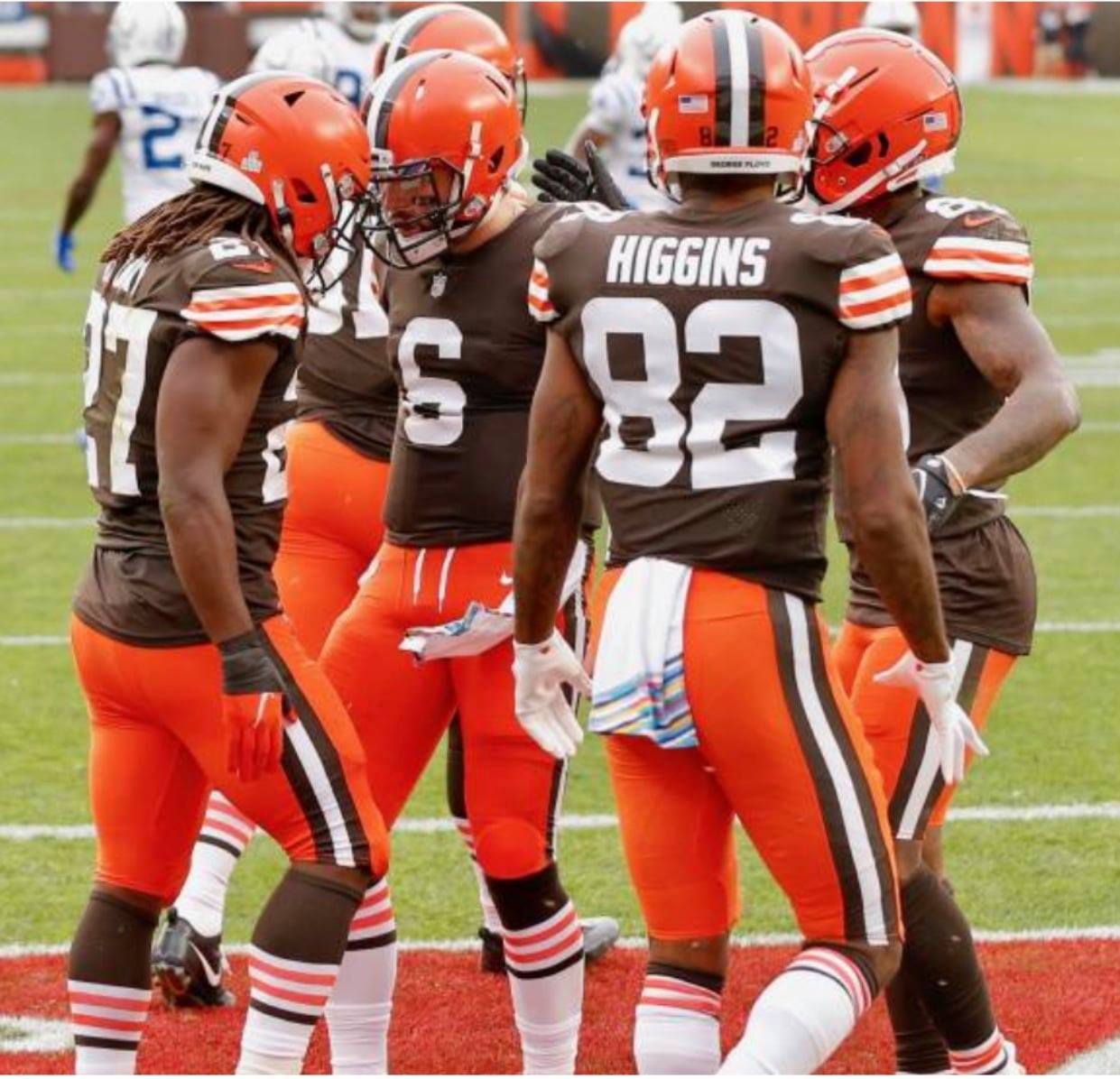 This is a disaster weekend for the NFL. Covid-19 is everywhere, but the games are still on.
We like 3 games starting at 1:00. Our main pick is on the Browns playing The Jags in Jacksonville.

The Jaguars are officially on the dump. They need a QB next year and are only one game behind the Jets for the #1 overall pick in the draft.

They have brought in Mike Glennon to play QB today against 7-3 Browns. The same Mike G. who was QB for the Bears in 2017 for games 1 to 4 until he was benched on a Monday night games at home and Mitchell Trubisky made his NFL debut.

He was dreadful in Chicago and now coming back in 2020 against the Browns. Out this week for the Jags are,
Guard, A. Norwell,
WR, C. Conley,
WR, D. Chark,
CB, S. Jones
Their running back, D. Ogunbowale is a game time decision.

The 7 -3 Browns have only lost to Baltimore, Pittsburgh and the Las Vegas Raiders.
They need to win and coming off a bye in Week 9 have played in some dreadful weather the last 2 weeks. The Cleveland D will get to Glennon and can easily see a few turnover’s in this game.

Game 2: We are going with the Giants on the road in Cincinnati. The G men are favored by 6 and like them to win by 7 or more.

Game 3: In a tight one, we like the Colts at home in a dome. When your hot your hot. The Colts are the hot team in the AFC. At -3 its a play.

Game 5: We are all over New Orleans playing in Denver because they simply have no QB. All 3 are out with Covid19. We bet the game last night late. We bought 1 ½ to be at – 13 and laying -135. This is our other big game of the day.

Monday night its simply Seattle playing in Philadelphia and going with Seattle. The Seahawks have found a defense and its lights out on Monday night. Seattle is – 6 and we agree.

We have 6 picks and 5 of the games are must win games.
The non must-win game between the Giants and Bengals is simply a mismatch between a good Giant Defense against the Bengal Offense which has disappeared right now.