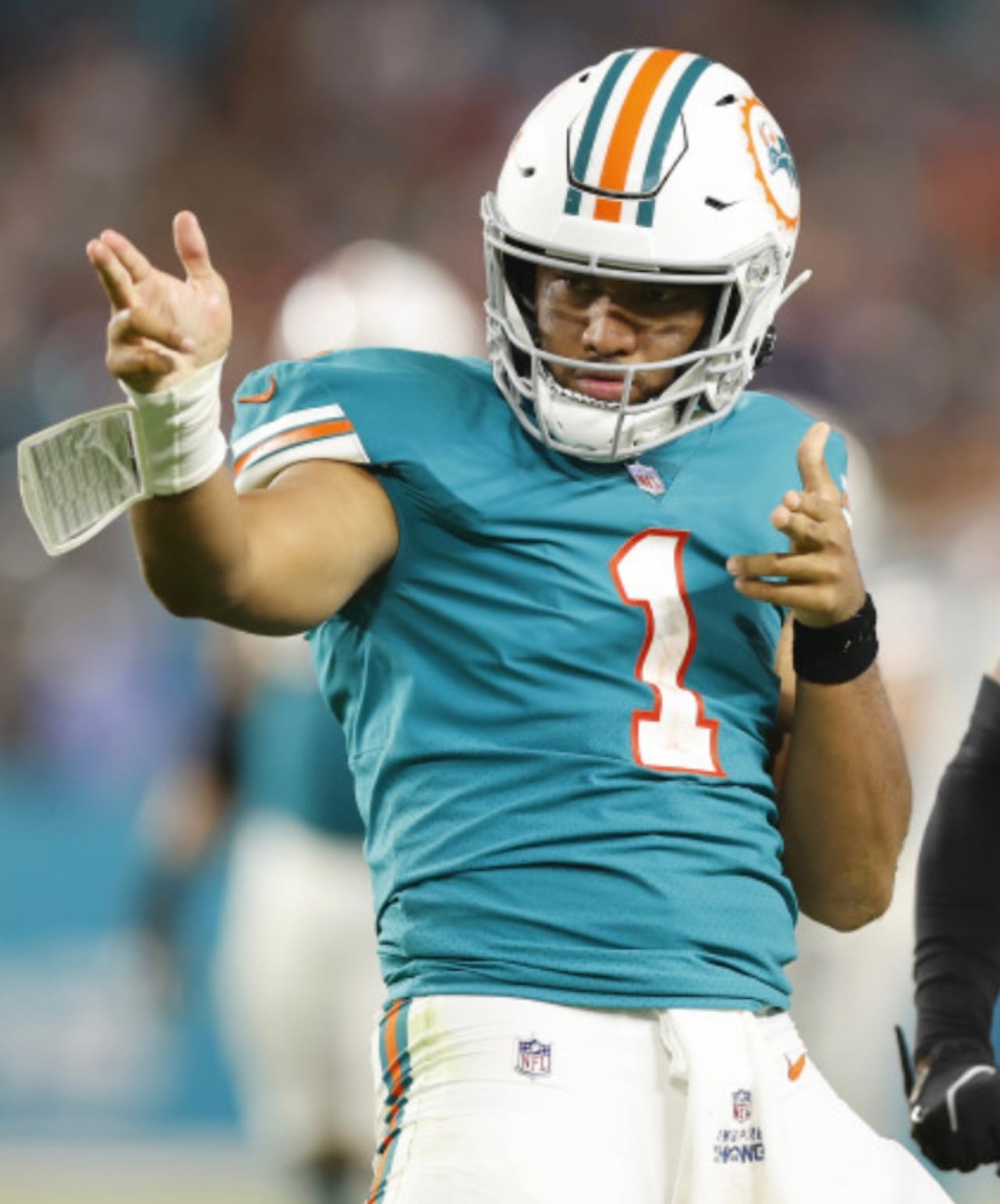 It’s Tua Time in Miami
Don’t hold your breath yet. The Miami Dolphins are going to the Super Bowl, but it will not be the next one. They were 9 -8 last year, winning won 4 of their last 5. Let’s take a little deeper look at the Dolphins and especially Tua Tagovailoa.
The Dolphins opened the 2021 season in New England against Mac Jones on his first game as an NFL QB. Miami managed to squeak by 17 – 16 after Tua threw an int with 8 min remaining at midfield. The Pats drove to the 11 and fumbled it away with 3:35 left and Miami held on.
The next 7 they lost to, Buffalo, Las Vegas, Indy, Tampa Bay, Indianapolis, Jacksonville and Atlanta. Losing in weeks 7 and 8 against the Jaguars and Falcons left a bad taste. We can’t blame Tua entirely. He got hurt in week 2 and was carried out of the game with a nasty rib injury. He did return for games 6,7, and 8 though.
In Week 9 Tua fractured his finger and was out against the Texans. Despite his absence, the Dolphins managed to win 17 – 9.
Week 10 the Ravens who finished the year 8 – 9 flew into Miami and laid an egg in the middle of the field. Baltimore had two blown coverages of 52 and 64 yards and a fumble, which accounted for at least 14 unanswered points and lost 22 – 11.
The Dolphins were victorious in week 11 thru 16, beating the Jets twice, Panthers, Giants and Saints. Not 1 playoff team in there. In Week 16 the Saints had to start Ian Book, their 3rd string QB because of COVID cases. Due to the COVID rules and restrictions by the NFL, we jumped right on this game late and did very well to say the least.
Week 17 we saw the Dolphins get crushed by the Titans and finished out the season with a win at home over the Patriots, who were looking forward to their wild card game the following week. The Dolphins are still a team in transition. Tua is just an average QB at best. The Dolphins still trail the Patriots, and Bills in talent and coaching in the AFC east.
The true secret to betting Miami, is to look at their schedule in September and October. The heat and especially the humidity takes it’s toll on the visiting team. The visitors team bench is directly in the sun from 1:00 to 4:00. Miami’s founder Joe Robbie knew exactly what he was doing when he moved the team from the Orange Bowl to his new stadium, known today as Hard Rock Stadium.
Take a good look at their schedule for the past 3 years and see the upsets and blow out wins over Tennessee, Oakland, Chicago, NY Jets, Washington, and even the Rams. November 1, 2020, the Rams played in Miami and by game time, it was 86 degrees, with 85 percent humidity. The winds were 5 to 10 mph and LA got roasted 28 – 17.
Miami have a new head coach, and Tua Tagovailoa cannot be trusted to lead this team deep into the playoffs and make a Super Bowl run. This season look for your real edge to win with the Fins with their above average defense and hot muggy weather at home in September and October.
Spread the love
PREV | NEXT
Recent Posts
Categories