From Feb. 27: An Early Look at the Over / Under NFL Total Wins Wager 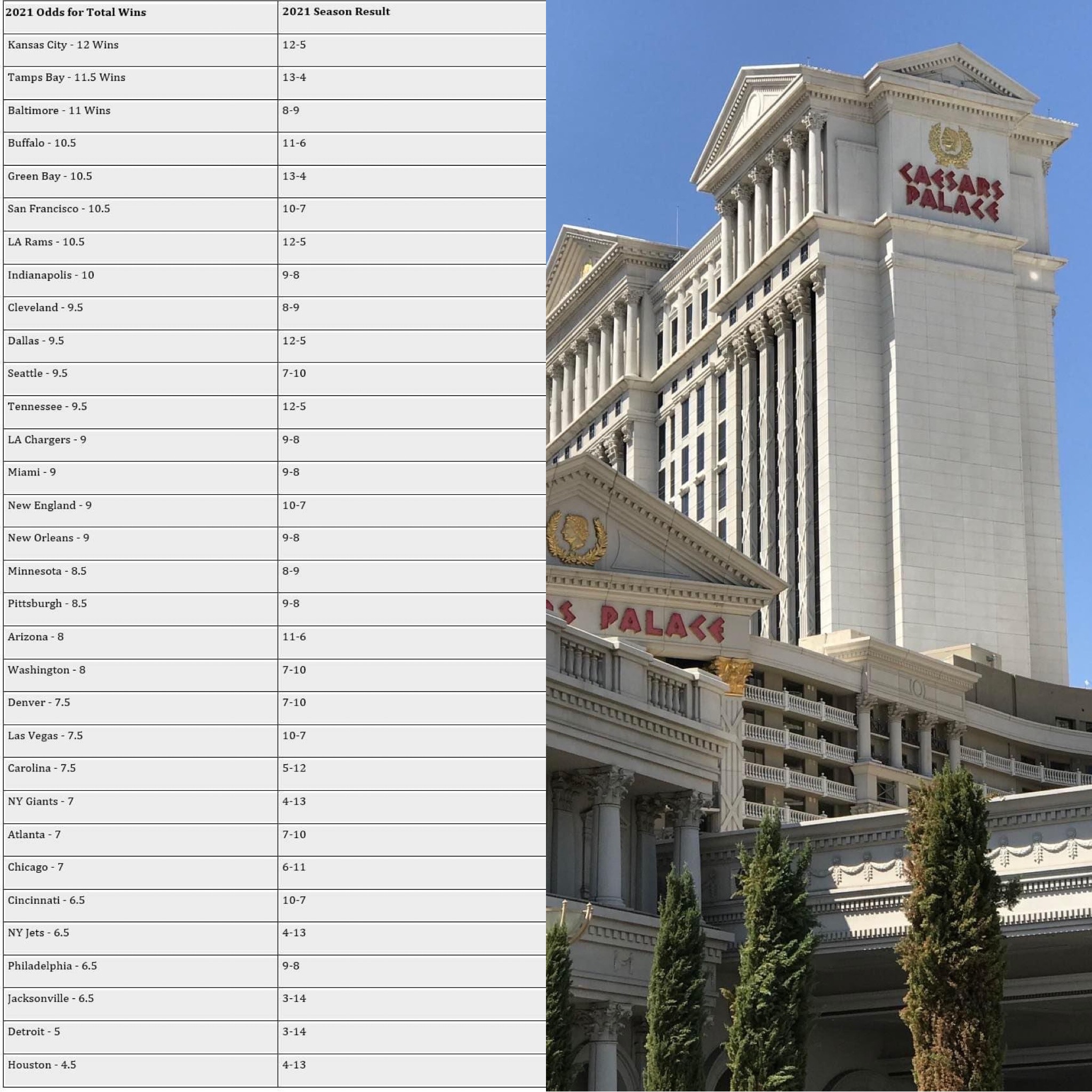 This is a good time to make some notes on the NFL games you watched and the team or teams you followed this past season. The lines for over and under total wins will be out after the draft before summer.

The public should look at the upcoming schedule and map out the season for games their team should win. This is generally how futures bets are looked upon. Unfortunately, many bettors lose these total wager bets most of the time.

In 2021, we saw more than a few teams improve and develop. Many of the good teams played well and covered their over number. However, the bad NFL teams were even more predictable.

We look for the worst team, with the hardest schedule, and bet on them to go Under the total wins for the season. The NFL usually has two or more awful teams every season. We have made thousands betting the under, especially the last few seasons. Take your pick. We nailed Houston and Jacksonville for the last two years.

A bad team will be bad, if the players are bad or the head coach and staff are bad, the team will lose the majority of their games. In the past five years, we have done very well betting the under number of total wins with quarterbacks, such as Carson Palmer, Philip Rivers, Tyrod Taylor and Mitch Trubisky leading dreadful squads. Head coaches, such as Bill O’Brien and Adam Gase, have even destroyed entire teams. These players and coaches just don’t win very often.

A good team can have a bad day, miss field goals, throw a few picks and turn the ball over. These are not planned, they just happen. Every team in the NFL makes mistakes and has a bad day. But, a bad team, looks bad, plays bad and almost always finishes the game on the wrong side of the score.

The bottom line is simple. Find the bad teams, look at the schedule and go with the under. This past year the four worst projected teams, all covered the under total wins for the year. The Jets, Jaguars, Lions and Texans, played to form and we can search for poor teams that will give similar results in 2022.