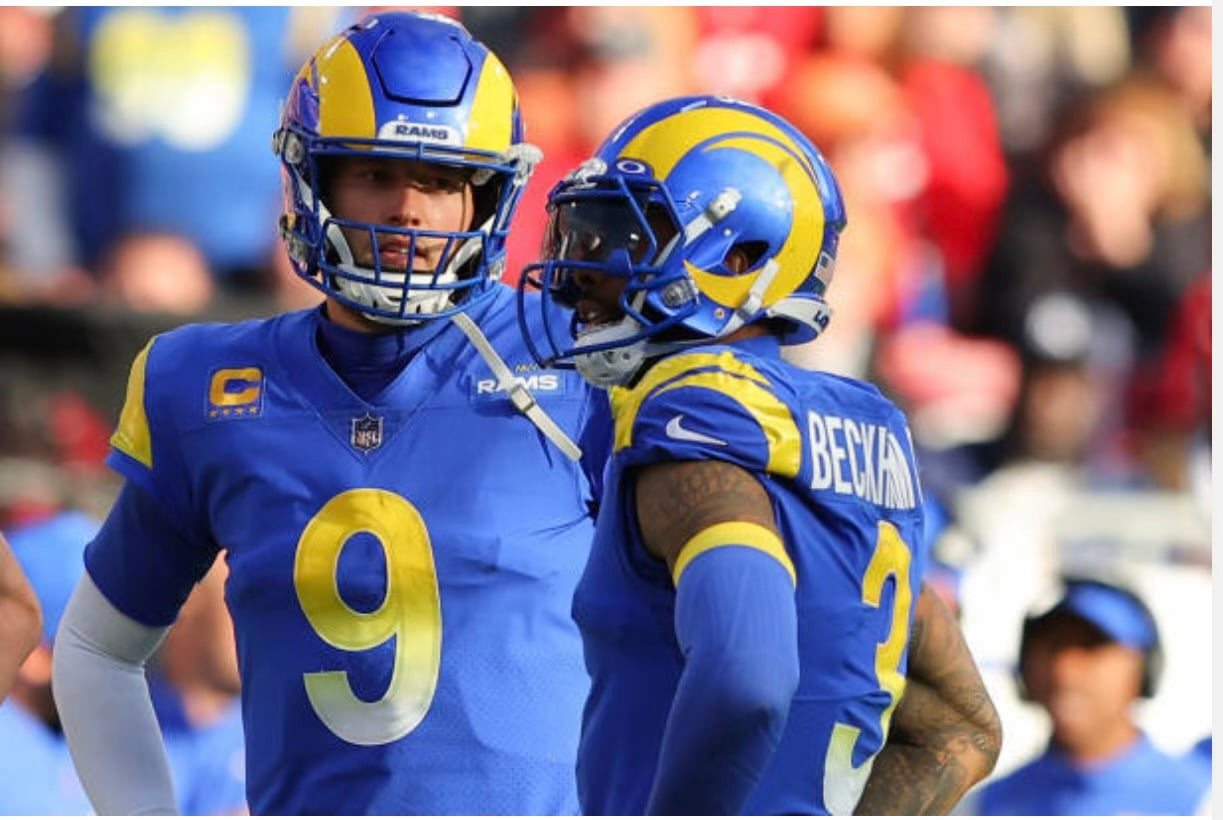 The Bengals drafted well in recent years and behind a healthy, second year quarterback, Joe Burrow, went from a 4-11-1 team to the Super Bowl in one season. The Rams already were a solid team. but lacked the magic they had when then second year coach, Sean MacVay, guided them to Superbowl 53. They traded Jared Goff for Matthew Stafford, took on Odell Beckham Jr. and his baggage and traded for Von Miller halfway through the season.

Why are The Rams favored To Win?

The Rams are to win the Super Bowl this Sunday by 4 points. Why, oh, why, is the number 4? If the game were in Dallas or Miami, would the line still be – 4? Let’s take a few moments to examine the Rams and, more importantly, why Vegas has made them a favorite with a ‘crooked number’.

Rams over Bengals Super Bowl VI For starters, the Rams are at home, and they finished the season 12 – 5, going 4 – 1 their last 5 games. LA has Matthew Stafford at QB. Both he and Cooper Kupp have had a great season, working together to complete 145 passes. The team has 5 receivers, however Woods and recently Higbee are injured and out. Van Jefferson caught 50 passes, and OBJ finished up with 44 passes. The return of RB Cam Akers gave Stafford the option to run and throw the ball at his discretion.

Switching over to the defense, they have a much better front four led by Aaron Donald and mid-season pickup, Von Miller. The Rams D ended the season third overall in sacks (50) and Interceptions (19).

Deep Dive on the Rams

Now let’s dive deeper, going back to Week 7. The NFL was dealing with a new wave of COVID, injuries, and the majority of teams were not playing the three preseason games. The first ten weeks were filled with upsets. Was this really the case? Or was it that we, the betting public, were faced with over inflated lines due to Vegas not identifying so many of the teams that improved this past season?

Keeping focus on LA, below is their record from Week 7 onwards.

Moving on to the postseason, we start to look at the LA Rams with a different lens.

The Wild Card weekend resulted in another win against Arizona, eliminating them at 34 – 11.
The Divisional game against Tampa Bay (minus Chris Godwin and Antonio Brown), saw LA squeak by with 3 points, sending the Bucs home with a win of 30 – 27.
The NFC conference game was another 3 point affair, as LA defeated San Fran 20 – 17.

The – 4 line seems to be wrong. Let’s take a deep look at the Bengals and compare these two teams

The Bengals started the year with high hopes, a healthy Joe Burrow and his #1 college receiver Ja’Marr Chase. For the first 10 – 12 weeks of the season, the Bengals got to know each other and grow as a team.

Bengals Rams Super Bowl pick. They developed continuity on the field and off. The Bengals became so good over the season that Burrow finished the last two regular season games with passing ratings of 143 and 148. His rating for the entire season was an eye-popping 108.3, second only to Aaron Rodgers and right ahead of, you guessed it, Matthew Stafford. This team matches up well against the Rams and the offense is peaking at the right time.

At the end of the regular season, the Bengals finished at 12 – 5 and, of those last five games, they were 4 – 1. Additionally, when we placed Cincinnati and LA side-by-side, we noticed an intriguing set of stats.

This alone shows how close these teams really are with one another.

Moving on to the playoffs, LA won games against Arizona, Tampa Bay (minus Godwin and Antonio Brown), and finished up with a major win against San Francisco. Two of these games were home at SoFi. On top of this, the Rams play the Cardinals and 49ers twice a year, with the latter usually having LA’s number.

On the flip side, the Bengals have spent the postseason on the road, winning against the Raiders, Titans and Chiefs. This hat trick is by no means a small feat.

We can discuss, coaches, players, and prior games all day, but the bottom line for this game is simple. Can the Rams rotating Front 4 get to Burrow?

If the Rams guess right, they win. If not, Joe will pick their secondary apart. You can pass on the Rams. Their corner backs are too short. The Bengals have a very young offensive line, although they have given up the most sacks of any team in the NFL this season, 51. Burrow absorbed a playoff-record nine sacks against Tennessee. Burrow must play smart football in response to the Rams’ pass rush, but he can be successful as the Rams were a bottom-half pass defense for much of the season. The game for Cincinnati very well may be decided in the trenches.

There is a case that the Cincinnati defense played a big role in getting them to the penultimate game of the NFL season. Down 21-3 to the Kansas City Chiefs in the AFC title game, a different D took the field in the second half, holding Mahomes and the Chiefs to just 16 net yards in the 2nd half and OT, while creating two turnovers. But the Bengals can’t count on the Rams’ offense to disappear or come up with another 2nd half defensive miracle. They must keep Stafford and crew at bay in the first half, or they could find themselves playing a game of catch-up that they will never win.
The Pick

The Rams are home and have a very good Mathew Stafford at QB and the league’s bests receiver in Kupp. Combine that with Cam Akers and Sony Michel in the backfield to open up the passing game. Joe Burrow will get his Super Bowl ring, but that’s for another year. This Sunday, the Rams win at home. Buy the game down to – 3.

If you’re a prop player, here are three to consider.