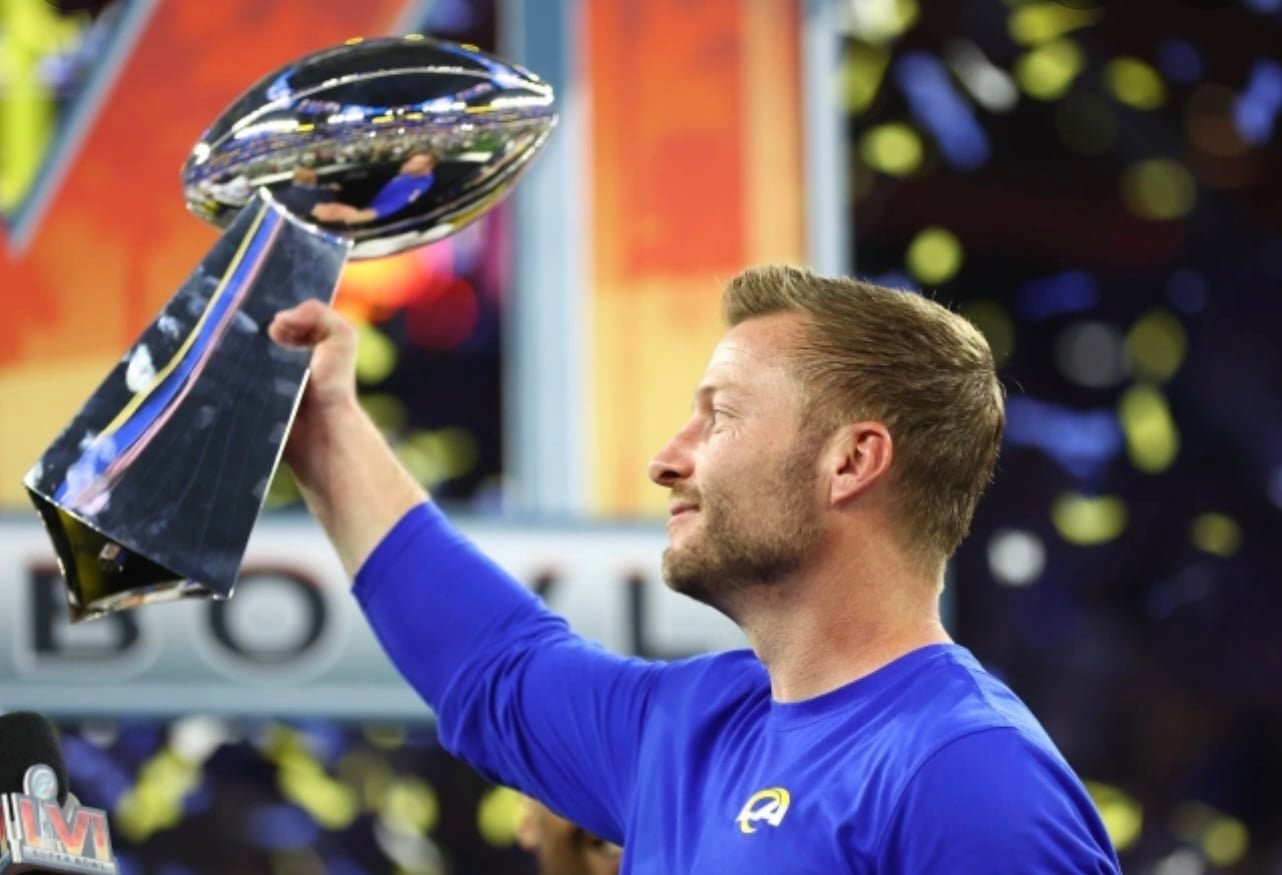 Sean McVay came, saw, and conquered. This very loud and successful head coach proved if you don’t like your QB, you can trade him and find yourself a new one. He also proved that it is possible to trade draft picks for new, big name players and overpay the remaining ones. These decisions resulted in a Super Bowl win for the Rams and has changed the entire direction of the NFL’s offseason.

Around the league, head coaches noticeably (and finally) woke up to the realization that they need three things to win a Super Bowl.

Teams cannot win a Super Bowl without an elite Quarterback. He has to exude greatness, be able to throw the ball 50 – 60 yards down the field and, most importantly, be a leader to his team on and off the field. We’re not talking about the Kirk Cousins, Tyrod Taylor, Andy Dalton, Baker Mayfield, or Jameis Winston-types of QBs. We’re also smart enough to know that QBs like Tom Brady are once-in-a-lifetime athletes. For those of you who haven’t noticed, over 50% of the NFL teams have tried in some way to improve their QB position. Carson Wentz, Deshaun Watson, Matt Ryan, Baker Mayfield, Mitch Trubisky, Drew Locke, Marcus Mariota and Russell Wilson all packed up and moved to another team. Other teams are sitting on their young QBs and trying to mold them from being good to great.

The Need for Speed

After the Quarterback, a successful head coach needs lightning fast wide receivers. These instrumental players are second on our top three needs list for a head coach to win a Super Bowl ring. The NFL of today is all about QBs passing down field to their receivers.

The last few years have seen the NFL change the game for the safety of the players. The new rules forbid using a helmet to hit another helmet. For the QB, you can’t hit him high, low, or late. There is even a penalty for hitting him too hard and taunting him. The QB has an even bigger advantage, as the rules strictly forbid a player on the defense from using his hands or helmet to hit the QB on his head, neck, or anywhere below his knees. This affords an elite QB more time to develop an extended vision down field.

These rules, combined with some of the newer ones for the receivers, have opened up the game to the benefit of the offense. By making it a penalty to hit the receiver or hold him as he runs down the field five yards from the line of scrimmage (in any way impeding him from running his routes), the advantage goes to the receiver. In this year’s NFL Combines, we’ve seen so far 18 young men who played wide receiver in college run the 40 yard dash in 4.5 seconds or less.

BetOnline has an draft prop for Total WR’s Selected in the 1st Round of the 2022 NFL Draft and the number is currently a whopping 5.5. A total of 35 wide receivers were selected in the 2021 NFL Draft, but only two were chosen in the first round.

The third item needed by a head coach to win a Super Bowl is for the team to have a good front four on the defense to stop the other team’s QB. As we saw with the upgrade at QB, McVay sighed Von Miller for his defense. It was easy to see that the Rams clearly had additional pressure on Burrows throughout SBLVI. The upcoming NFL Draft will have the good teams drafting receivers, defensive linemen and offensive linemen.

The short term success of the Rams, does achieve the goals set out by McVay. Time will tell if this strategy to trade future draft picks for big name players without Superbowl rings works. A handful of players have already packed their bags to earn every dollar they can before losing that first step and falling from greatness. Von miller has moved on to Buffalo, so has Robert Woods, moving on to Tennessee, as well as Darious Williams at CB leaving to play his 2022 season in Jacksonville for an additional 8 million a year. It’s hard to believe the Jags will be paying him 18 million dollars a season.

As McVay showed us over the last few seasons, it’s all about that big name Quarterback with all those weapons downfield and time to throw. Add in a Front Four and you have a winning recipe for today’s NFL. Let’s watch the draft and see which direction the teams are going.